We've just had the recent release of this interesting device, which seems to have divided opinion, so lets take a look at what is being said, and what it may mean.

We've just had the recent release of this interesting device, which seems to have divided opinion, so i think calling it the Dream machine was a mistake because for some people it would be the knightmare machine.

From a hardware point of view it's spec's are impressive, and it would be great to get my hands on one - not today.

So who is this aimed at? It's too expensive for home user's where there are more affordable all-in-one units and not capable or flexible enough for business use, so somewhere between the two ...

On the plus side, it should be very capable, it's the standard firewall, switch and access point but running almost the same version of UniFi that makes it best in class.

Because I haven't been able to test one, i am only gathering up the opinions that i've seen.. that's the best way to get a feel for a device...  so these may not reflect my opinion and it is early doors.

So what's the issue?

What people are saying is that :

Does it really matter?

That's yet to be seen, Having a variant with POE would be a good move, but should be easy to accomplish, the main issue is the controller for me. including it inside isn't a problem and could be very handy however, preventing people from using their own cloud hosted controllers could be an issue for people who provide managed services.

It can still be remote controlled, just like existing local controllers but they are not the norm in this space,

So it's going to be interesting to see how this product evolves, and even more exciting when we see the details on the PRO version, that will be when we get a clear vision of how this fits into the product stack.

Right now my official line is calling anything a dream is never a good idea. As for this device it's still a wait and see. 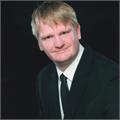